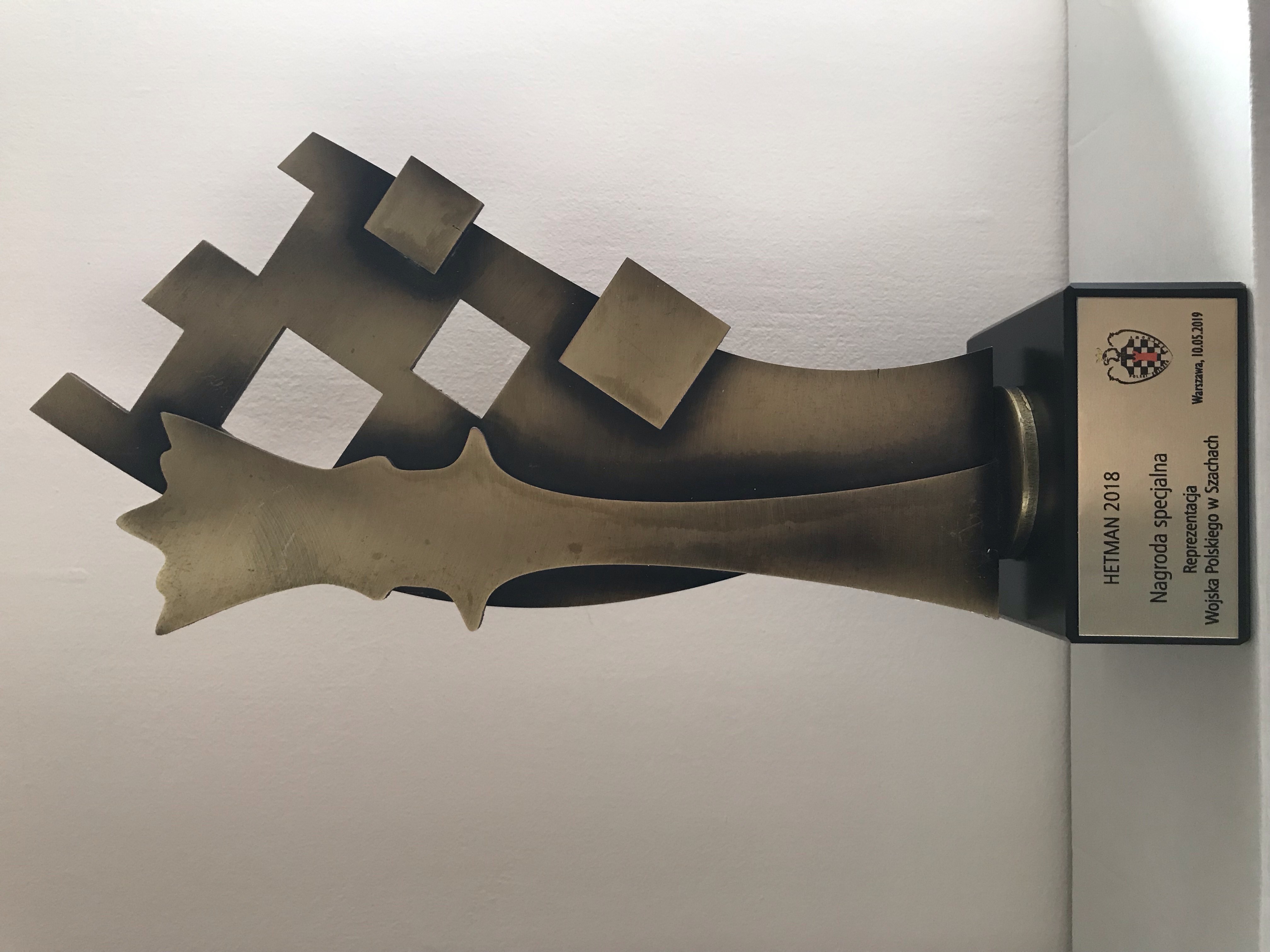 The Polish Chess Federation presents each year winners in several different categories with Hetman (Queen) trophies. For 2018 the representation of the Polish Armed Forces was rewarded with Hetman in the category special prize for winning the 29th NATO Chess Championship in Lubbock, TX, USA - thus celebrating a 100th anniversary of Poland regaining Independence. 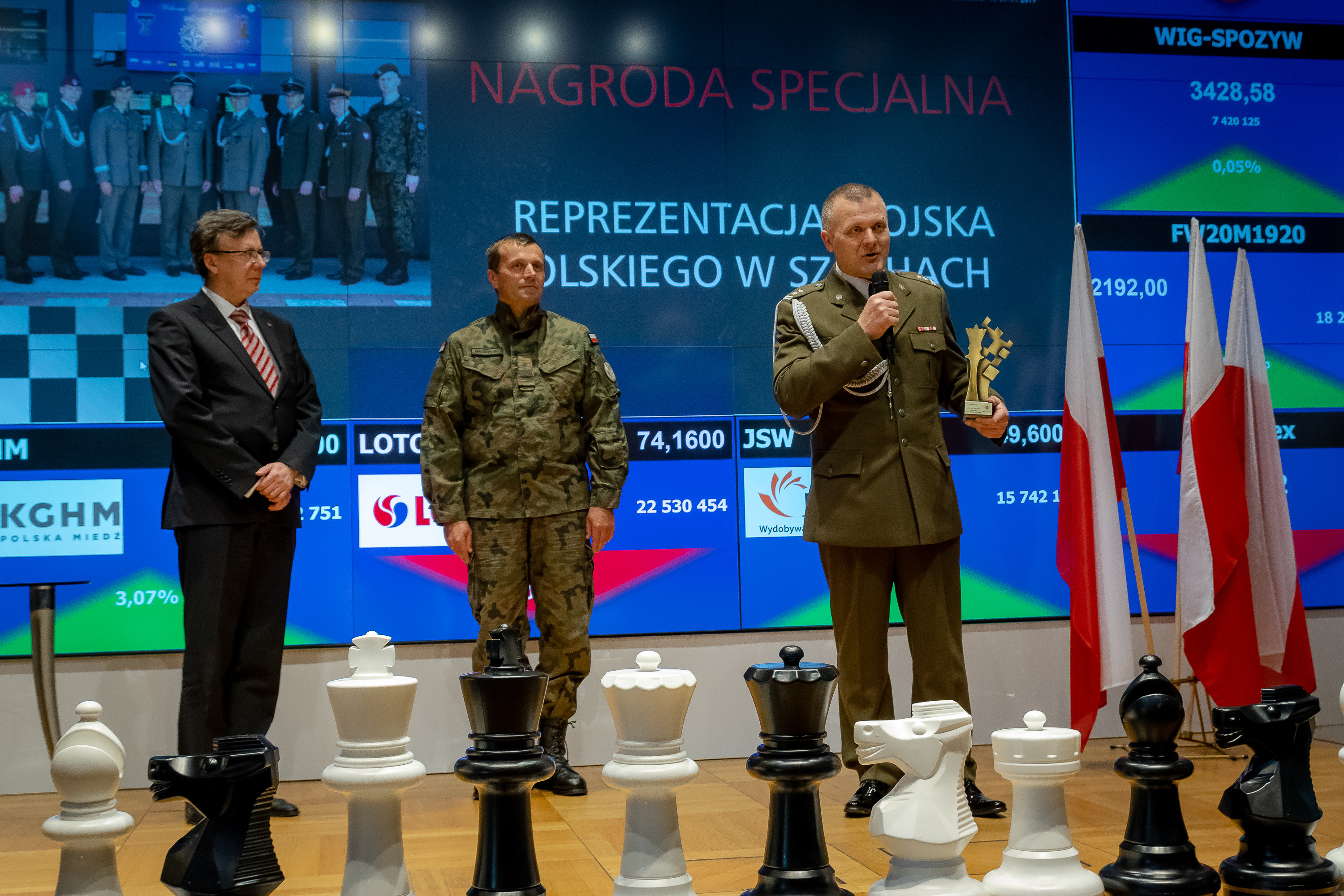 The Polish Team Captain LtCol Sławomir Kędzierski commented the commendation so: “The year 2018 is not the first time when the Polish team won a gold medal on the Allied arena since it happened in 2016 in Shrivenham, United Kingdom. Considering the current strength of the team it cannot be excluded that Polish soldiers will win another title in the future. Whatever happens, the 2018 Team Gold will be regarded as the most important since it has an additional historic value. I appeal to future generations to repeat that success in 100 years”.